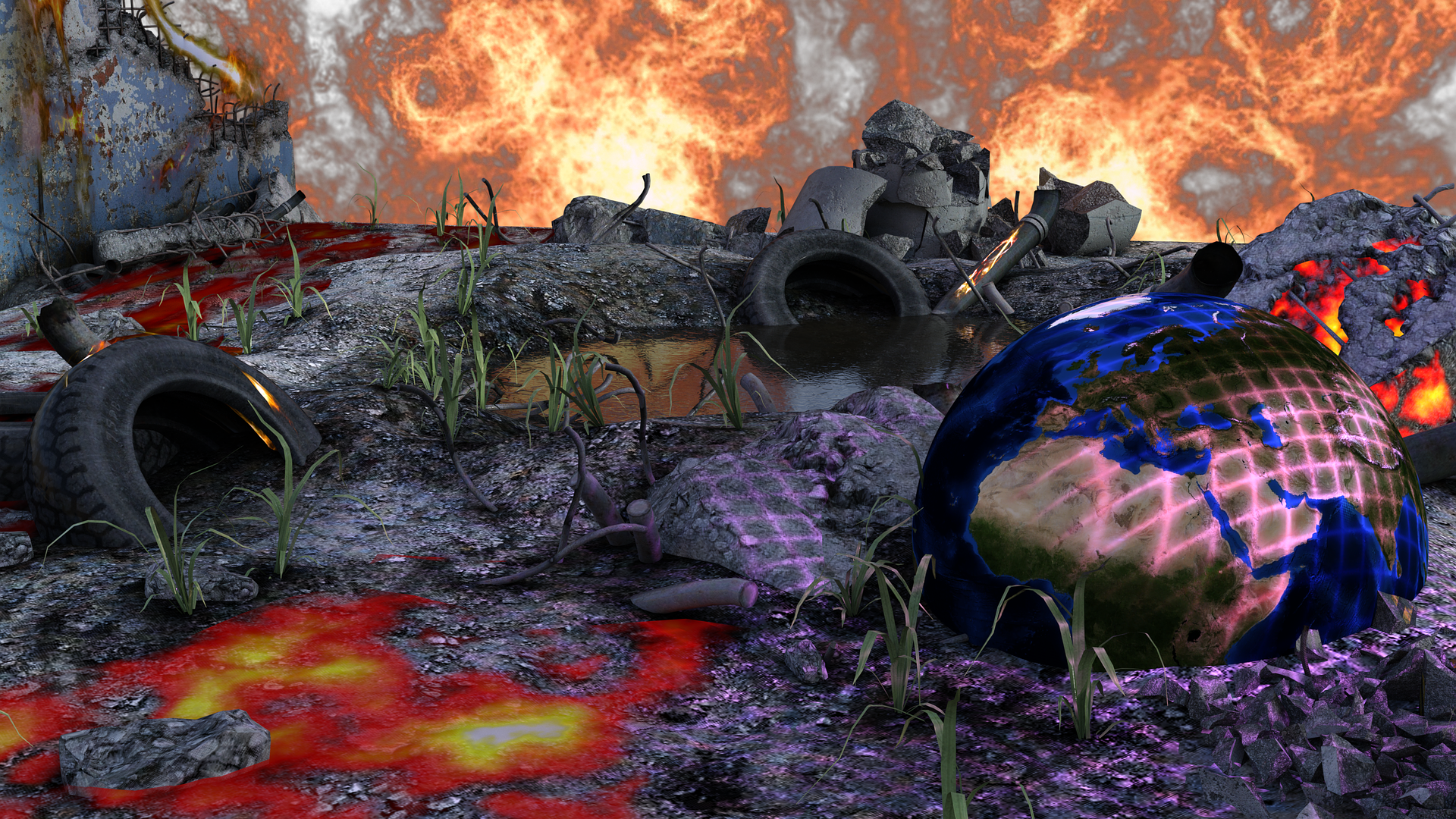 I am a female disabled veteran. I joined the military after 9/11 with the naïve supposition that I would be among the elite 1% who would fight to defend our country, preserve our freedom, and serve alongside honorable men and women. By trade I was a chemical equipment repairer, but I worked as a heavy wheel mechanic instead. After graduating from my Advanced Technical Training in the Army, I completed over 300 hours of additional military education. In addition, I pursued my civilian education and graduated with a bachelor in Theological Studies, a master’s degree in the Science of Psychology and completed just under 2 years of a doctoral program for Clinical Psychology.

Although I was strong-minded, I had no skills in dealing with conflict or navigating life after trauma. I became a new person after joining the military; although I have mixed feelings about this “new person.” On the one hand, I became strong, determined, and resolute while on the other, destructive, abusive, and an all-around shit bag. Nevertheless, I attribute my personal strength, fortitude and determination to military training. In reminiscing about my time in the military, I feel both fondness and disdain. In many respects, my military career was like an abusive relationship – one day I’m in love, having deep intimate moments with my brothers and sisters in arms, and the next day I’m in trouble and raking leaves in the rain, running until I vomit, standing in line for linen in subzero temperatures – or worse, become another statistic; a victim of racial discrimination, physical violence, sexual harassment, sexual assault and rape. These types of experiences are far more common that we’d like to admit, and the prevalence and normalcy of such events does not make my pain any less real or insignificant. I scarcely venture down memory lane to share with others the unspoken aches and pains of a military career because of the negative implications that accompany them (i.e., poor military performance). Nonetheless, these experiences are paramount to the years of emotional, psychological and monetary struggle that followed.

The military taught me to be a fighter, to be top dog, to prove myself competent, and to win no matter what; to be on the bottom, undervalued, and to lose meant certain and horrific consequences. The Army is where the strongest, the most competent, and the most determined thrive. Therefore, it was necessary to adapt to this hostile environment, which meant everyone must become my enemy. No one could be my friend, and I can trust no one. I learned to fight, to survive and to thrive, but I scarcely lived and lived well. The depth of pain that resulted from betrayal, violation and violence is difficult to put into words, but are manifest in my bouts with homelessness, unemployment and broken relationships. To date, I experienced homelessness four times in the last 8 years, ranging from 2 weeks to the most recent 11 months during the Pandemic.

Posttraumatic stress disorder (PTSD) became the friend, my confidant, that still small voice that lived in the darkest parts of my psyche. It became the driving force that took me to the edge of suicide—all I had to do was jump and all the pain would stop. PTSD was my tormentor, my anguish, and the epitome of my inability to protect myself. It was controlling while simultaneously looking out for my best interest – protecting me from painful relationships, waking me in the middle of the night from threats that were real or imagined. It was the ideological cancer that changed my sweet dreams to nightmares, separated me from others, and slowly and methodically stripped away my old self and transformed me into a person no one in my past could recognize. I was strong, driven, angry, destructive. Everything was a war, and I was an army of one. Although PTSD was all in my head, it was just as real and present to me as my ill-placed anxiety, trepidation, nightmares, hypervigilance and caution—no one could see it, hear it, understand it but it existed in every facet of my life. PTSD was an enemy; my enemy, and I was powerless to fight it because I didn’t know who I was fighting or what I was fighting for. The thing was, I didn’t know what or who PTSD was. It was my enemy and not my friend. It was my overprotective big brother who wants only the best for me.

PTSD is not only the survival mechanism but also an all-encompassing war between the past, the present and the future self. It is the tear in the psyche resulting from life before trauma and the life that exists because of it and the not-so-certain future (who I will become, what will happen to me, and will I survive). Identifying and understanding the incongruences between the selves was paramount in my understanding of PTSD. The incongruences between the self that existed before trauma and the part that was traumatized (the past), the present self (my current condition) and the ideal self (i.e., the romanticized person I want to be and the future state of being whether successful and at peace or afraid and alone). Trauma, no matter type or magnitude, tears the psyche in two and people become torn between what was and what is; the incongruences between the life one had before trauma and the life that exists because of it. These tears in the psyche weren’t anything I understood or thought to understand until recently. I was fighting in the military to survive, and the destructive nature of this behavior bled into every area of my life. It is easier now to look at it and see it for what it was, but hard for me at the time to understand where I was going so wrong.

I’ve learned that we will never be who we were before trauma existed and life will never go back to the way it was, but we will always be who we are becoming. The present and broken self is an avenue to rebuild and develop a new self, but not out of the constructs of our past, but out of what we imagine our future self to be. PTSD is not there because we are victims, it is there because we survived. Although I can attest to the debilitating effects of posttraumatic stress, I can also appreciate the profoundness of our ability to adapt, survive and continue living. PTSD became my inspiration and motivation to help others. Not that I am free and no longer wrestling with my PTSD. Sometimes my anxiety is completely out of control and I can’t bring myself into the present and sometimes it takes days or weeks to understand the source of my pitfall and climb back out again. But I am living and I am breathing, and I am thankful.

I am a far cry from believing everything happens for a reason simply because the mindset adds to and magnifies the injustice. But I believe we can make meaning out of something like this. I think this is in human nature to apply meaning and purpose when something happens. But with trauma like this, it’s impossible to see that God’s hand was in any of it because it would lead a person down the road to believing they deserved it, God doesn’t care, God hates them, God loves some and not others or to wonder if there is a god at all. But where there is injustice one can find and create purpose—and I believe THIS is being made in the likeness of God is all about. In other words, the meaning we attribute to our trauma is manifest in what we DO about our trauma. Do we use our experiences to hurt or control others, or do we use our experiences to inspire the world to be a better place? We all have power to choose which is what makes being human so amazing. To choose to rise above something, mend relationships, build new relationships, inspire others and bring hope to a world that so desperately needs it. THIS is living and living well. What I didn’t understand was that PTSD was by design. Humans have the innate ability to experience trauma, survive through will and choice, and redefine, shape and transform their futures. No matter the magnitude of a catastrophic event, human kind will adapt and thrive. This is a profound human characteristic that we often overlook and label disorder.

My journey to healing and inner peace took me down a year-long journey that included losing my belongings, my home, my community and ultimately couch surfing or sleeping in my car for 11 months with the Pandemic playing a significant role in my losses, unemployment and homelessness. When there was nothing else to hold on to, the simplest of human experiences became exponentially profound – waking up, drinking coffee, having a roof over my head or sleeping on a bed. My journey to self-acceptance enabled me to embrace PTSD and understand its value and purpose. It also enabled me to live with it and despite it. What I found during the pandemic wasn’t just healing and peace, but my humanity and self-acceptance. For the first time I am human with human desires and experiences, experiencing very human emotions and living a very human life, and this is beautiful. Each night I go home and watch the evening sunsets and allow my stressful day to melt away behind the horizon. Likewise, I am eager to wake up to witness the birth of a new day and witness the inspiration of human creativity rise up. In the stillness of the early morning hours, I find renewed hope that today is a step closer to a better tomorrow. And nestled between the evening and morning hours are opportunities to bring goodness to a world that desperately needs it. Today I live—and live well.

A friend of mine once told me one morning while driving to work, “Look at the sky, do you see the moon? That is what it is all about.” I didn’t understand then, but I do now. And now I am blessed to remember every morning what it is all about—the sunrises that transform the horizon from red, to pink to gold and the sunsets that reflect colors of gold, pink, purple and blue on the same horizon at the end of each day. It’s beautiful. Now I understand that it is not the beginning or the end of things that count, but what you do with your life, time, and energy to making the world a better place to live.